ISC Suspension Lists its Lexus IS F for Sale

ISC Suspension Lists its Lexus IS F for Sale

The time has come for us to sell one of our favorite cars. The Lexus IS F. We purchased our Lexus IS F over a year ago and have cared and maintained it to keep it flawless and clean. The car was purchased to serve as a marketing vehicle for the company and it was brought to various shows around the North East including Clean Culture, Gumball Meet, Wicked Big Meet, and various other VIP shows. The car received a good amount of support from Seibon Carbon, AutoTecknic, and SSR Wheels and many fans loved the car. We are usually one of the only shops to bring an ISF as well as one of the only people at the events with an ISF. A lot of people often wonder why that is, so let me fill you in on a little bit of the IS F’s history.

The Lexus IS F was thought up dating all the way back to 2004 where Yukihiko Yaguchi assembled a small team of engineers to work on the next performance IS. Various test models were used until 2007 when the Lexus LF-A and IS F were revealed. Yaguchi’s previous projects included the Toyota Supra. Most of the suspension tuning for the IS F was done at Fuji Speedway in Japan, hence the “F”. The car featured a 5.0L direct-injection V8 that made 416 HP at 6600 RPMs with peak torque at 371 lb-ft at 5200 RPMS. The IS F also featured an 8 spd transmission that could shift in .1 seconds (100ms), 400 ms less than an average F1 car. The car was extremely powerful and fast shifting and is still one of the fastest shifting cars today. The IS F also featured a more aggressive look that included a different hood and fenders as well as side skirts. The IS F as a whole was an aggressive and very impressive vehicle that demanded respect among similar sedan powerhouses.

So why are we selling the IS F? Well we need to make room for future projects. To be able to continue to offer innovative products we have to continue to find innovative vehicles to develop products on. More recently we have shifted our focus to the 2016 Ford Focus RS (No pun intended). The Focus RS looks like it may shape up to be a Subaru killer! We want to be able to get our hands on one of these vehicle as soon as possible. Since we have the RSTi, and the BRZ, we can’t continue to have the IS F.

Below you will find some information on the ISF and it’s various features.

Stock with but with coilovers and carbon rear diffuser/ rear spoiler $36,000.00

No trades unless you have a GTR, Acura NSX, or 2016 Ford Focus RS

Please contact: [email protected] for info on how to purchase! 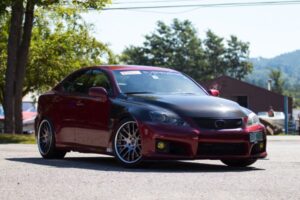 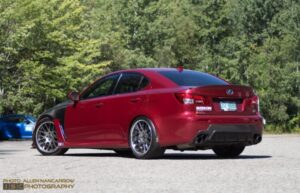 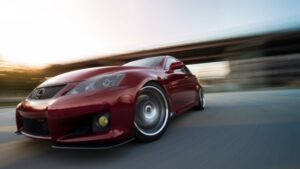 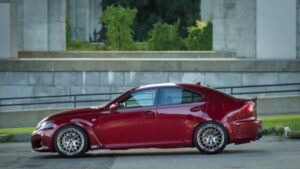 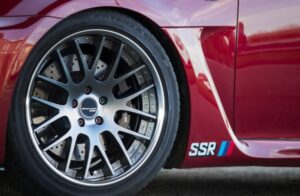