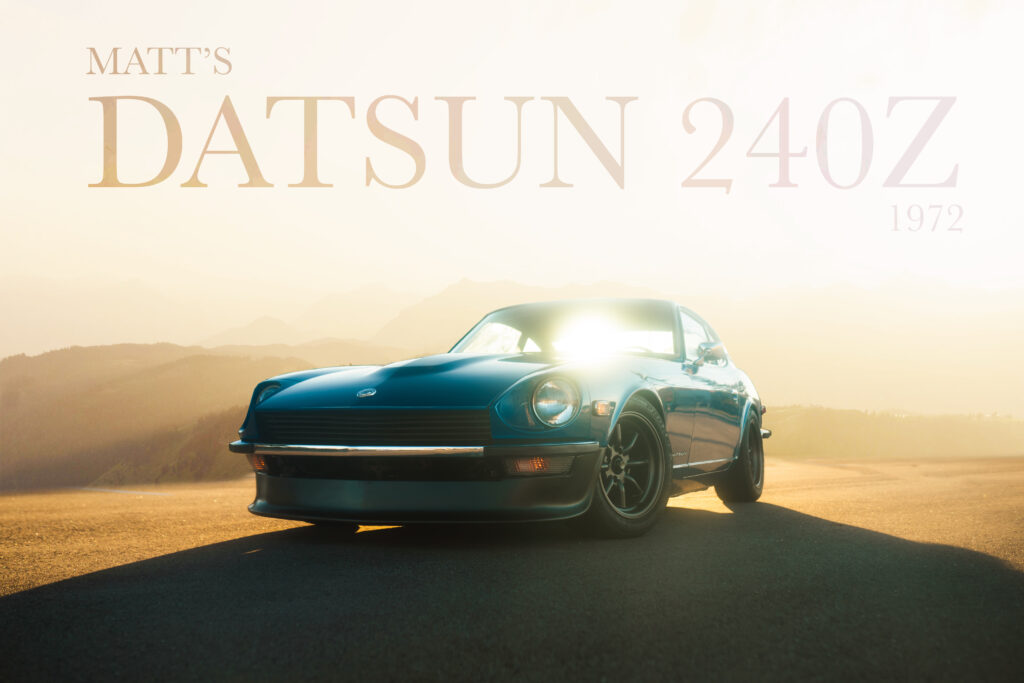 Hey everyone, Matt from ISC here. I help run the media department, and here’s the story of my 240z! Ever since I was 13, I’ve dreamed of the day of having a 240z and having it set up exactly how I wanted. This car has been on the top of my car bucket list forever. Well, fast forward 8 years, I sold my current project cars, because I stumbled across a deal I couldn’t pass up. I quickly sold some things, and the next week drove 12 hours in one day to look at the car. I wasn’t expecting it to be as nice as it was since I was only sent a few mediocre cell phone pictures beforehand.. When the owner drove it outside his garage for me to look at, I instantly fell in love. This was the nicest Z ive ever seen in my life. After about a half hour of back and forth negotiation, we settled on a price, and the car was mine! I’ve always wanted an S30 chassis Z, but never thought I’d own one this clean since in the past 5 years or so they have absolutely skyrocketed in price. I lucked out big time getting this one for the price I did! 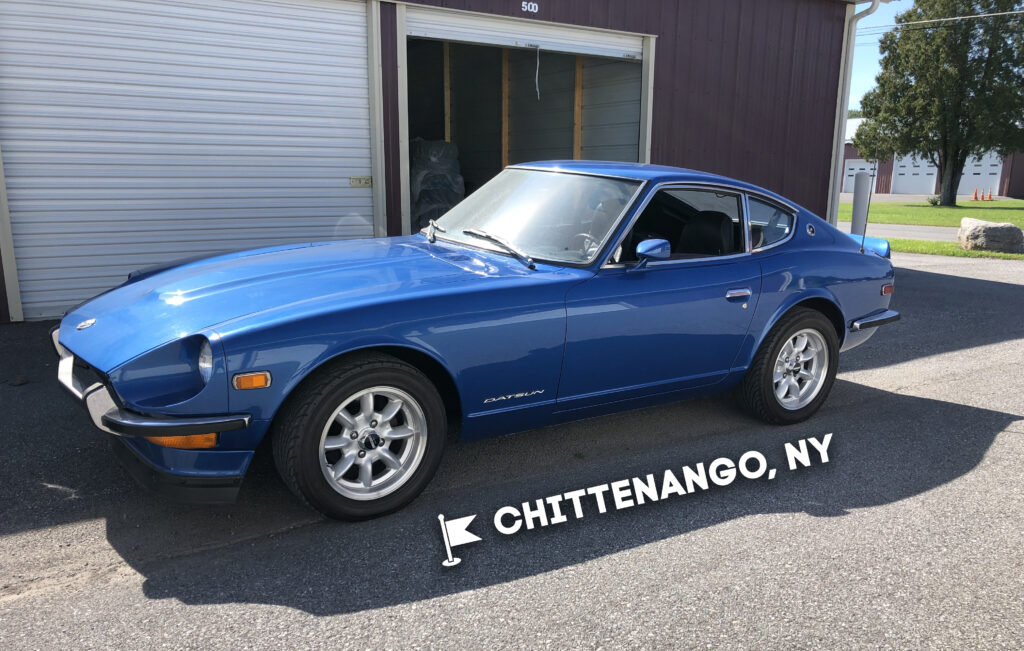 The goal for this car is to have a playful street car that is geared towards staying somewhat original, and keeping the vintage spirit of the car alive. This car has proven to me that horsepower is irrelevant. This is just as much fun as a higher horsepower car. It’s just a different kind of fun. The stock L24, the skinny wooden steering wheel, the old smells and sounds of the carbs.. It truly is the one car out of the 20+ i’ve owned where it truly speaks to me. It’s a very unique and memorable experience. No RB or LS swap here! So far, i’ve done an MSA type 1 air dam, clear front turn signals, retro style japanese bucket seats, 15×8 Rota RKR with a 205/50/15 toyo R888-R tire, ISC N1 Coilovers (arguably the best modification so far), fairlady style dual stack muffler,removed the stock bumperettes, stoptech front drilled and slotted rotors with aggressive pads, as well as a ton of other smaller things, and a whole lot of maintenance. When I bought the car, I immediately knew we had to make a set of ISC Coilovers for it. So when the timing was right, we got to work figuring out what parts were needed, and made it happen. The stock suspension surprisingly wasn’t terrible, a little body roll but nothing crazy, but the ride height…. The ride height made me want to gag. 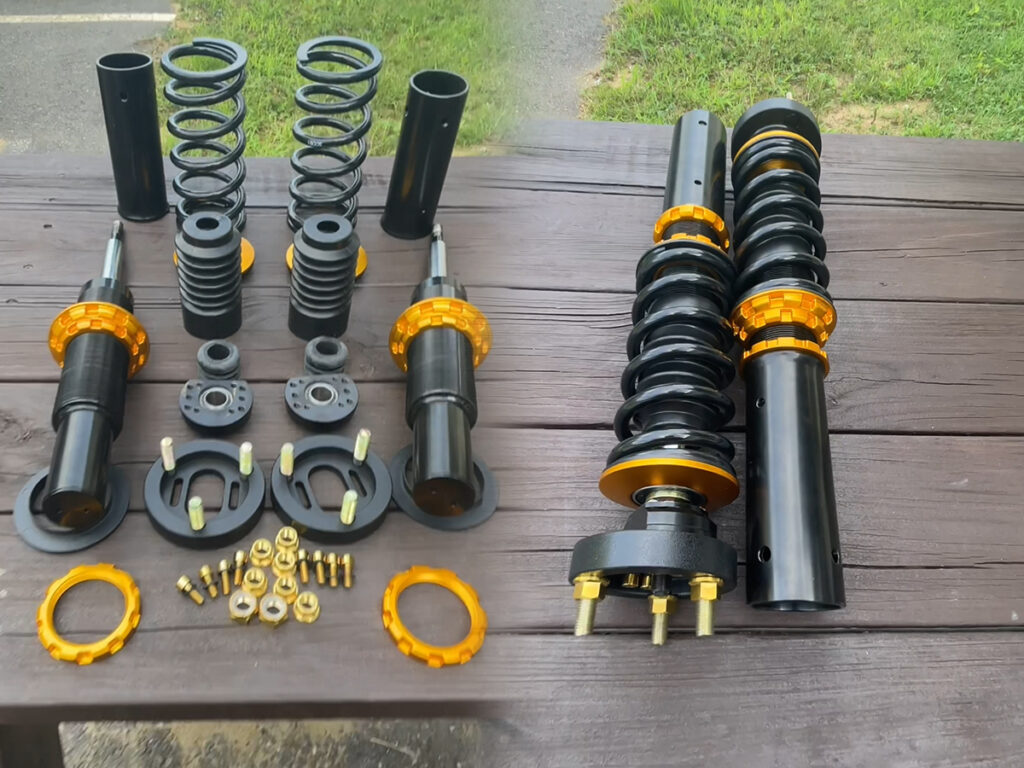 Once we had the parts in order, it was time to assemble the coilovers, and get the car in the air to assess. With this car, the hub, and strut are the same cast piece, so in order to install the coilovers, you have to cut the stock strut tube (leaving about an inch left) and then slip the coilover bottom mount over, and then weld it on to the knuckle. It is definitely some more work than your average car, but it really wasn’t bad at all. The front, I took the whole knuckle and everything right out of the car. For the rear, I just cut out the stock strut, welded the new bottom mount on, and then jacked up the new coilover into the rear strut mount. No removal of the knuckle is necessary. Once we got the car on the ground for the first time, it looked like a completely different car. The body lines became more sleek, the whole car just looked different. Different in a good way though. 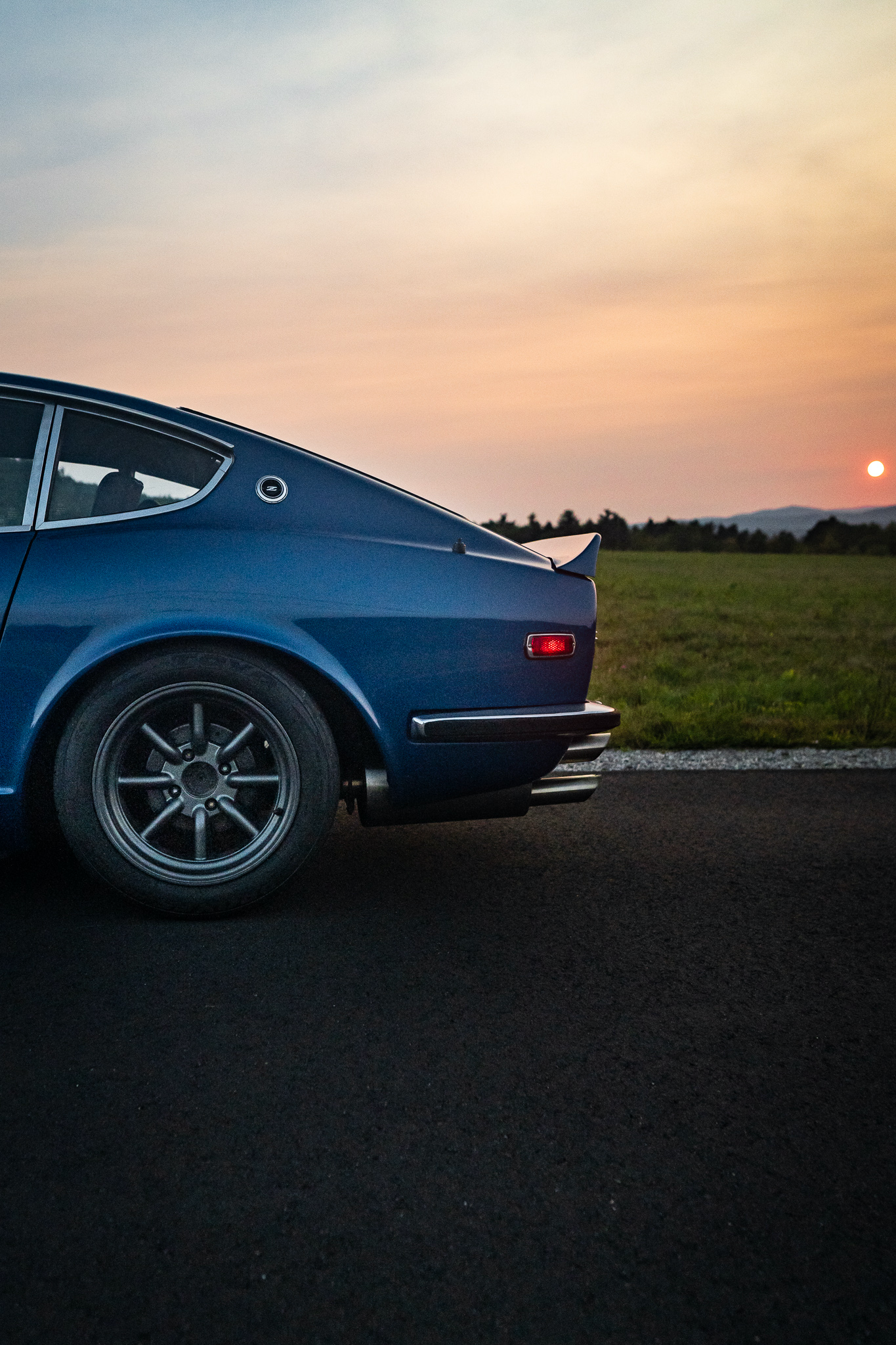 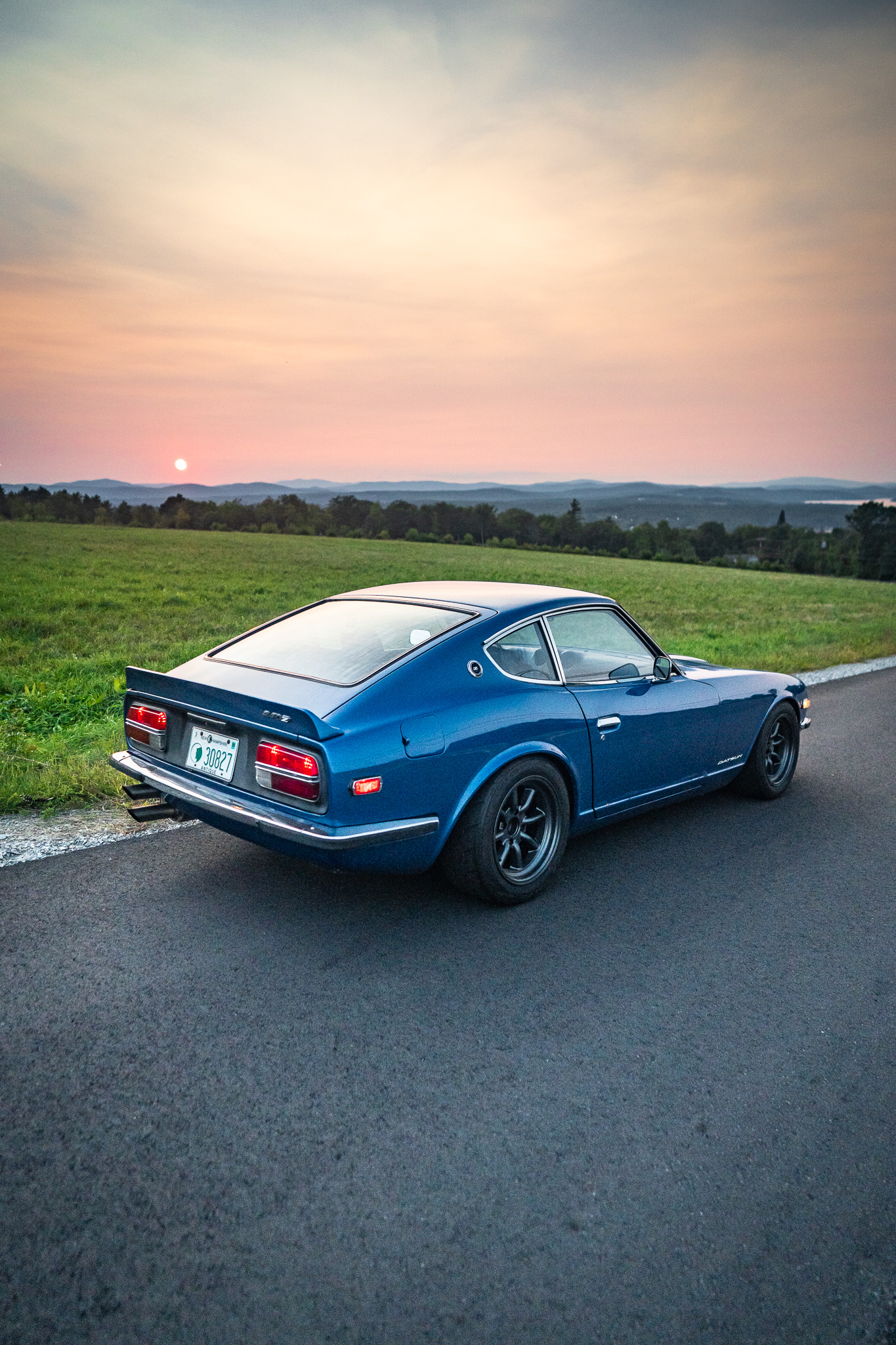 After the first drive, you could immediately tell the difference. Zero body roll, the car just sticks to the road like never before.  I’ve thrown it around some corners at probably what most people would consider an insane speed, and nothing. No oversteer, just pure grip. It corners better than new cars I’ve owned. The car weighs 2300 pounds and has about 120 horsepower, so it’s a very straightforward and easy car to drive.

My next plan with the car, is to restore the engine bay, and throw some triple carbs on as well as some very minor performance mods, But there is only so much you can do with the stock L24.. I’d love a little more power, but keeping this car numbers matching is a must in my opinion. So stay tuned on more 240Z updates! There is still plenty to do to the car, and I will be documenting every step of the way. We hope to have this coilover kit in production for all S30 chassis cars sometime in 2023!