The Mazda Speed 3 began production back in 2004. Since then, the Mazda Speed 3 has grown up quite a bit with two different body styles. The first generation that ranged from 04-09 offered a 2.3l turbocharged engine providing 263 horsepower and a front wheel drive system. A six speed manual transmission, traction control, and a limit wheel slip system is offered standard. The limit wheel slip system reduces boost in 1st and 2nd gear keeping the car to a max of 230 horsepower. After 2nd gear, the limit is disabled. 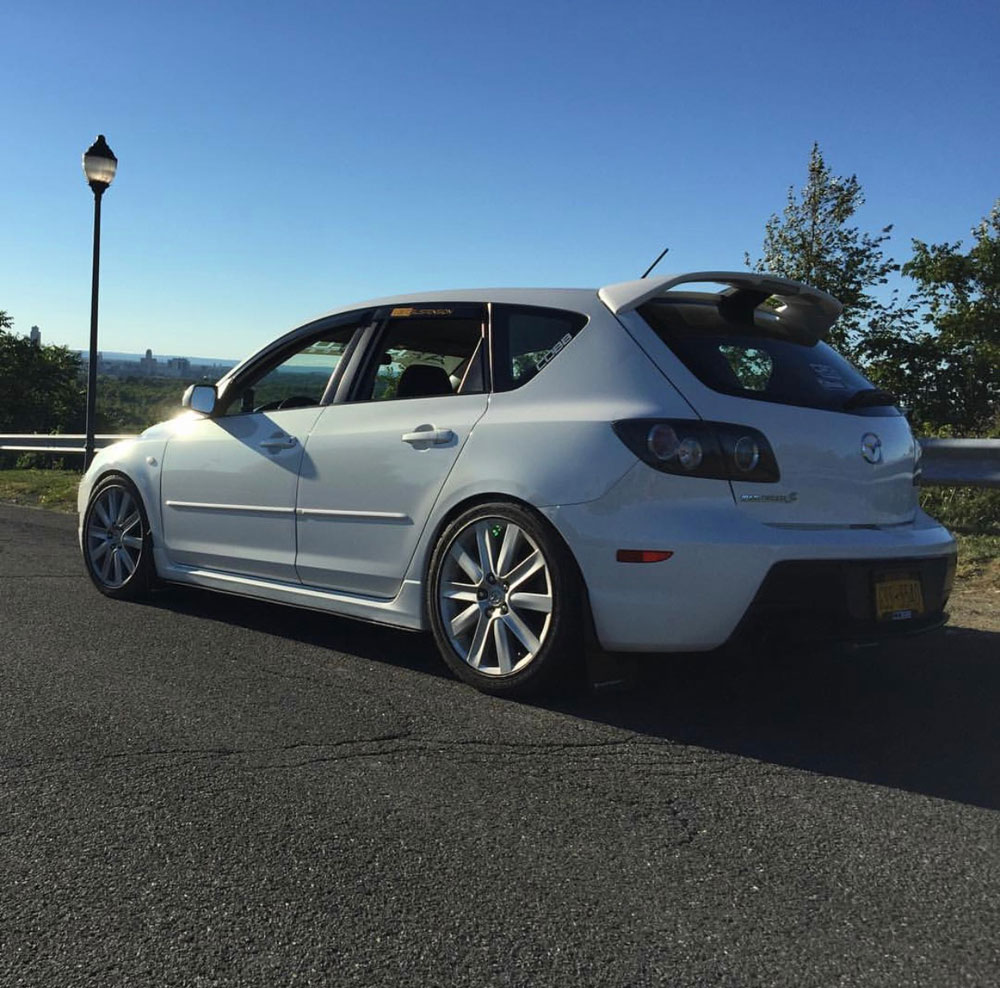 The second body style was offered from 2010-2014. This body style had similar engine characteristics but gained from some needed tweaks to the ECU which provided a more even and effective power curve. A hood scoop was also added to reduce over heating which was a common occurrence with the first generation. The second generation also benefited from an updated suspension system, more responsive steering, and upgraded pistons with a dish surrounding the spark plug. This was added to provide better combustion. The second generation is a bit heavier than the first generation. But with the added improvements, there is no noticeable loss in performance.